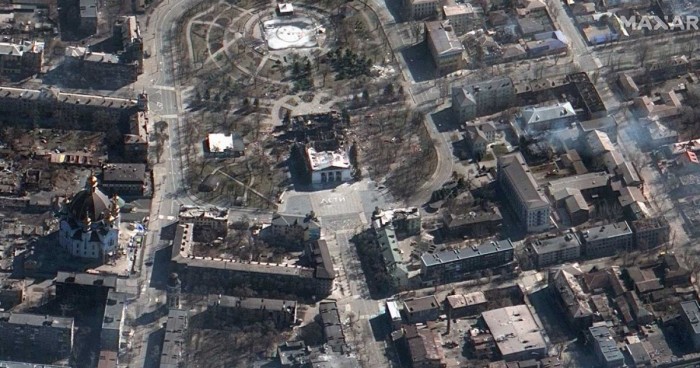 The reluctance of some European states to call out Russian atrocities in Ukraine as “genocide” has sparked tensions with Kyiv, but use of the precise legal term to describe the greatest of all crimes has long been a source of political contention.

Zelensky has repeatedly branded Russia’s military onslaught a “genocide”, a term first coined by the Polish lawyer Raphael Lemkin in the 1940s.

It was enshrined in the 1948 United Nations Genocide Convention in the wake of the extermination of Jews and other minority groups in World War II.

Under the convention, acts of genocide are committed “with intent to destroy, in whole or in part, a national, ethnic, racial or religious group.”

Russian President Vladimir Putin has also seized on the word to describe what he says is the persecution of Russian speakers in east Ukraine, a claim rubbished by Kyiv’s Western allies.

But beyond uncontested examples, such as the Holocaust and the 1994 mass killings of ethnic Tutsis in Rwanda, the employment of “genocide” by politicians has always been loaded. In his comments, Macron said it was best to avoid “verbal escalations” and be “careful” with the use of the word.

In recent years, genocide has most commonly been called up by activists and some governments and legislatures to label China’s persecution of its Muslim Uyghur minority, and the actions by Myanmar against the Rohingya Muslim minority.

Going further back, Turkey has long rejected Armenia’s stance that the World War I massacres of Armenians by Ottoman forces were genocide.

Ankara has angrily hit back at Western governments that see the massacres as a genocide, including when Biden recognised it as such in 2021.

Ukraine has in past decades also vigorously campaigned in the face of Russian opposition for the Stalin-era famines on its territory in the 1930s — known as the Holodomor — to be recognised as genocide.

Cecily Rose, a professor of international public law at Leiden University in the Netherlands, said there was “extensive evidence” to support the Rohingya and Uyghur genocides.

But she cautioned that the term “should be used by politicians with great care and caution and preferably on the basis of an independent fact-finding body,” she said.

William Schabas, professor of international law at Middlesex University in London, described the word genocide as a “superlative” used when terms like war crimes or crimes against humanity do not seem strong enough.

“The problem with a superlative is that you have nothing further to use. You can only use it once,” he said.

“The word genocide has a precise legal definition but it is also widely used by politicians and activists because of its capacity to inflame and excite,” he added.

The International Criminal Court’s chief prosecutor Karim Khan has already opened a probe into Ukraine and held virtual talks with Zelensky over what appears to be the targeted killings of civilians.

Celine Bardet, a lawyer and international crime investigator, applauded the swift opening of an inquiry but said she wished the “same is now done with all conflicts”.

Urging that emotions should not get in the way of justice, she said the ICC risked reinforcing a reputation that it is an instance that “only works when the West pushes it to do so”.

Biden said Tuesday that use of the term was apt, as it has “become clearer and clearer that Putin is just trying to wipe out the idea of even being able to be a Ukrainian”.

Macron appeared to suggest particular prudence was needed in this context, given that Ukrainians and Russians were “brotherly peoples” with very similar ethnic origins.

But the comment by Macron — who so far has not joined the line of European leaders heading to talks in Kyiv with Zelensky — touched a particularly painful nerve in Ukraine.