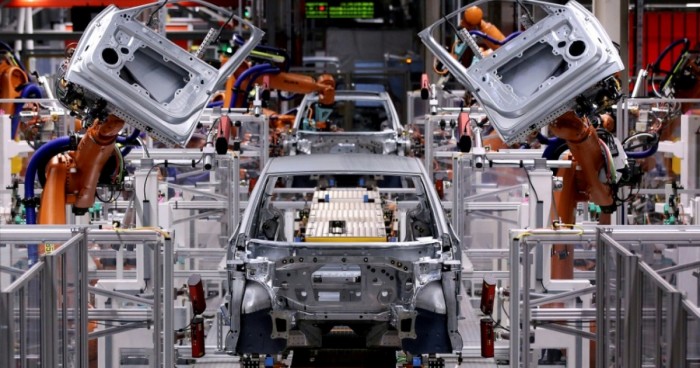 German auto giant Volkswagen said Thursday its first quarter operating profit increased significantly in 2022, while warning that the “first effects” of the war in Ukraine were beginning to be felt.

The group’s operating profit, a measure of profitability closely watched by investors, rose to 8.5 billion euros ($9.3 billion) over the first three months of the year from 4.8 billion euros in the same period last year, according to preliminary figures.

The boost was down to strong “operating performance” and a positive effect of 3.5 billion euros thanks to hedges against the changing price of raw materials.

The turbulence on commodities markets could be traced back to the “ongoing war in Ukraine”, which has pushed up prices, Volkswagen said in a statement.

Supply chain impacts could also be seen, with deliveries from suppliers in Ukraine being limited.

The lack of critical car parts has already forced Volkswagen, along with other German carmakers, to curtail production at some plants, while exports to Russia have been halted.

The course of the war and the impact on Volkswagen “cannot be predicted with sufficient certainty” but risked having a “negative impact” on the Wolfsburg-based group.

Volkswagen also said it delivered some 500,000 fewer cars in the first quarter of 2022 than in the previous year, a 22-percent drop.

The continued impact of the coronavirus pandemic, which has recently led to widespread lockdowns in China, a key market, also loomed over the auto manufacturer’s future performance.

As did the possibility of further disruption to supply chains “especially for semiconductors”, a key component in both conventional and electric vehicles.