EUTOP.news > Nicolas > Germany’s energy woes are a fiasco of its own making

Germany’s energy woes are a fiasco of its own making 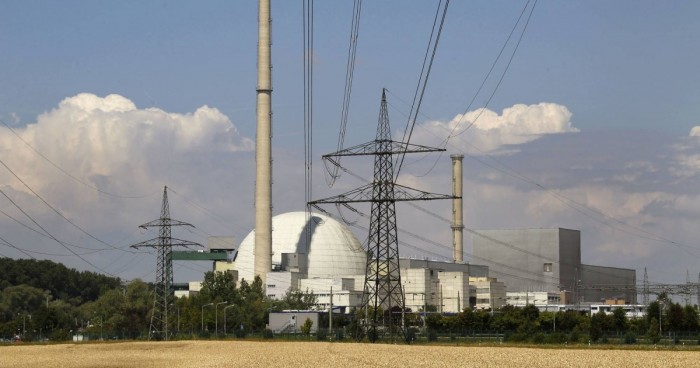 The war in Ukraine has exposed Berlin's anti-coal and anti-nuclear approach for what it is, a policy disaster

Policymakers expected that the country would be able to secure its energy supply entirely from renewable sources, so they resolved to phase out coal and nuclear energy simultaneously. The last three of Germany’s 17 nuclear power plants are set to be shut down this year.

Green politicians in Germany always hoped that other countries would emulate this energy agenda once they saw how well it was working. But, in light of the war in Ukraine, the world is instead witnessing how Germany’s approach has created a policy disaster.

To cushion the twin phaseout of coal and nuclear, and to close supply gaps during the long transition to renewable energy, Germany decided to build a large number of additional gas-fired power plants. Even immediately before Russian forces invaded Ukraine, policymakers assumed that the gas for these facilities would always come from Russia, which supplied more than half of Germany’s needs.

After all, Russia had proven to be a dependable supplier of raw materials to Germany during many previous crises and even during the collapse of the Soviet Union. It was expected to expand its deliveries further once the now-suspended Nord Stream 2 pipeline — which would have carried Russian gas directly to Germany via the Baltic Sea — began operating.

But Russian President Vladimir Putin’s war has clearly undermined this calculation. The excessive dependence on Russian gas has now become a security risk for Germany and the entire Western world. It gives Putin the power to bring Europe’s biggest economy to its knees, and it simultaneously limits the West’s chances of imposing further energy-related sanctions on Russia.

Germany’s pledge to abandon coal and nuclear, the very energy sources that would have given it a degree of self-sufficiency and autonomy, has thus placed the country in great danger. Not so long ago, Germany was the world’s second-largest lignite producer, after China. And it easily could have procured the tiny amount of uranium needed to run its nuclear power plants and stored it domestically for many years.

Committed Greens claim that the twin phaseout would not have been a problem had Germany pressed ahead with developing wind and solar energy to achieve green energy autonomy. If anything, they say, the need to ensure energy security is an argument for, not against, Germany’s renewables-based strategy.

This view is debatable. Despite the fact that turbines and photovoltaic panels now dot much of the landscape, in 2021 the share of wind and solar power in Germany’s total final energy consumption, which includes heating, industrial processing and traffic, was a meager 6.7%. And while wind and solar generated 29% of the country’s electricity output, electricity itself accounted for only about a fifth of its final energy consumption. Germany would not have come close to achieving energy autonomy even if the renewables sector had expanded at twice the speed that it did.

The Green argument also overlooks the fact that the planned scaling of wind and solar-based energy supply must always be complemented by adjustable conventional electricity production, given that storage solutions are difficult and extremely expensive. This power is fed into the grid when wind and sun do not produce enough energy and can ensure that the economy is not disrupted during a protracted wind and solar lull.

In other words, green energy cannot really end Germany’s reliance on gas imports after the twin phaseout. Germany’s only climate-neutral path to energy self-sufficiency would require it to invest again in nuclear energy.

Even those in Germany who are more optimistic about the potential of wind and solar energy should admit that, in the short term, ending Russian gas imports in an effort to squeeze Putin would also stifle the German economy. It is simply impossible for Germany to import the required natural gas from other sources fast enough.

There is no excess supply in the European market, and other countries, including Italy and Austria, are in a very similar, if not worse, position. Germany has no liquefied natural gas terminals and LNG facilities elsewhere in Europe lack the necessary capacity to replace Russian deliveries. Moreover, the capacity of existing intra-European gas pipelines is too low.

If Germany suddenly halted Russian gas imports, gas-based residential heating systems — on which half the German population, approximately 40 million people, rely — and industrial processes that rely heavily on gas imports would break down before replacement energy became available. The government would be unlikely to survive the resulting economic chaos, public uproar and outrage should gas become unavailable or heating costs rise dramatically. In fact, the likely scale of domestic disruption would call into question the cohesion of the Western response to the Ukraine war.

Only in the longer term, say, 3 to 5 years, will German LNG terminals be able to replace Russian deliveries with gas from other parts of the world. But by then, Russia will be building new pipelines to China, India and other Asian countries that will eagerly purchase and burn the gas that Germany releases.

In both the short and the long term, therefore, the West will be unable to make things difficult for Russia by shutting down gas pipelines without making things equally difficult for itself.

Hans-Werner Sinn, professor emeritus of economics at the University of Munich, is a former president of the Ifo Institute for Economic Research and serves on the German economy ministry’s advisory council. He is the author of “The Euro Trap: On Bursting Bubbles, Budgets, and Beliefs” (Oxford University Press, 2014). © Project Syndicate, 2022