EUTOP.news > Nicolas > Russia: Push to pay for gas in rubles not disrupting supply 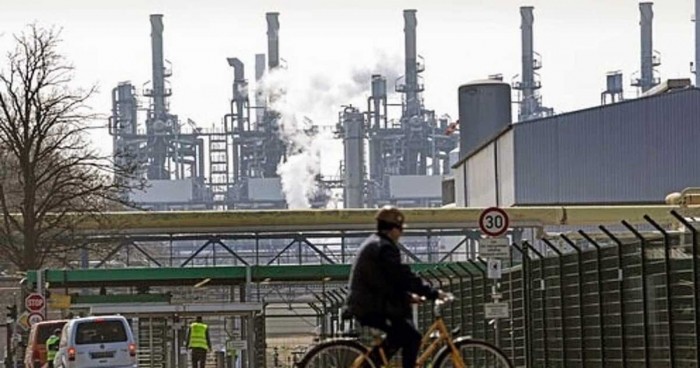 Russian officials said their demand for "unfriendly" countries to pay for natural gas in rubles does not mean supplies will be immediately interrupted.

Gas used for heating and electricity was still flowing from Russia to Europe on Friday.

"Payments on shipments in progress right now must be made not this very day, but somewhere in late April, or even early May," Kremlin spokesman Dmitry Peskov said.

A day earlier, President Vladimir Putin said Russia would start accepting ruble payments Friday and gas supplies would be cut off if buyers don't agree to the new conditions, including opening ruble accounts.

But a decree he signed says countries could pay foreign currency to Gazprombank, which would convert the money into rubles in a second account to pay for the gas. It gave Russian authorities and the bank 10 days to make arrangements.

Putin's measure applies to countries deemed "unfriendly" for imposing sanctions over Russia's war in Ukraine, and European leaders have been weighing what the shift might mean.

Some experts say it could be an effort to prop up the ruble, which fell in value amid sanctions but has since bounced back, though the effect on the currency would be limited.

Putin's demand has jolted energy markets and raised fears it could be a prelude to an interruption of supplies to Europe, which is heavily dependent on Russian natural gas and would struggle with a sudden cutoff. But Russia also depends on oil and gas sales for much of its government revenue at a time its economy is under severe stress from Western sanctions.

German officials said contracts stipulate payment for gas in euros and dollars and that must continue.

Officials wouldn't be drawn further on what impact the Russian demands might have. Economy Ministry spokeswoman Beate Baron noted that Gazprombank has been given 10 days to explain the procedure, "and of course we will in turn look carefully at that."