EUTOP.news > Richard > Treasury yields slump to start the week as fears of a Covid breakout in China grow 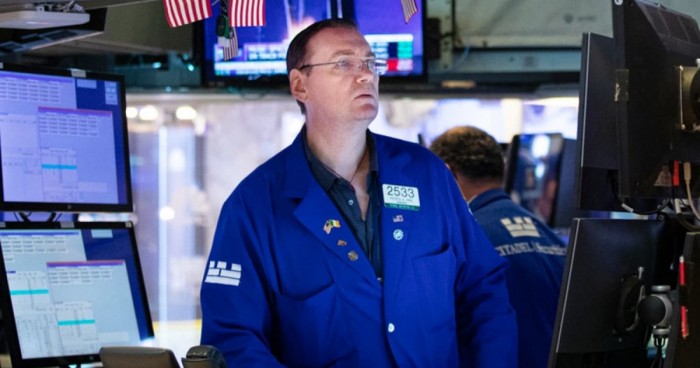 Treasury yields moved sharply lower on Monday morning, after having spiked at the end of last week.

Concerns about a Covid breakout in China marked the latest catalyst with Asian stock markets cratering on fears about a slowdown in the region because of lockdowns.

“This week, we start with China bringing in additional growth concern,” Mohamed El-Erian, Allianz chief economic advisor, told CNBC’s “Squawk Box” on Tuesday. “We are now having both growth and inflation concerns and that’s why you’re seeing not just the moves in the equity market, but you’re seeing some peculiar moves in the FX market and in the bond market.”

Fed Chairman Jerome Powell said Thursday that a 50-basis-point interest rate hike was “on the table” for the Fed May policy meeting.

The 5-year Treasury yield then topped 3% on Friday, surging above the interest rate on the 30-year government bond. This is also known as a “yield curve inversion” and indicates a lack of investor confidence about the economy, given they are selling out of shorter-dated debt in favor of long-dated bonds.

Investor focus this week will likely be on the March personal consumption expenditures price index, as a key measure of inflation, which is slated to come out on Friday morning.

Stock picks and investing trends from CNBC Pro:
Julian Howard, head of multi-asset solutions at GAM, told CNBC’s “Squawk Box Europe” on Monday that he believes that talk of a 75-basis-point interest rate hike by some policymakers, in an attempt to control inflation, was “totally the wrong policy and is actually going to damage the economy.”

He pointed out that the so-called “misery index,” which looks at unemployment and inflation, was currently at “recessionary levels.”

“Do we really want a recession in order to defeat inflation? I think that’s almost verging on policy error,” Howard said.

Investors continue to monitor developments in Ukraine as Russia’s invasion of the country entered its third month on Sunday. The conflict has killed thousands and led to the worst refugee crisis Europe has seen since World War II.

The war will end only if Russian troops fully withdraw from the country, Ukrainian Prime Minister Denys Shmyhal said.