EUTOP.news > Richard > A major fire at the oil depot in Bryansk after the Ukrainian attack.

A major fire at the oil depot in Bryansk after the Ukrainian attack. 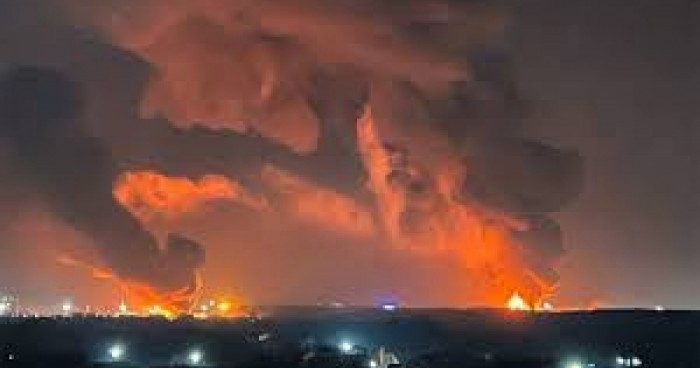 A major fire broke out early on Monday at an oil storage facility in the Russian city of Bryansk, the Russian Emergencies Ministry said, adding that no one was hurt.

There was no immediate indication that the fire was linked to the war in Ukraine, although Russian officials said last week that Ukrainian helicopters bombed apartment buildings, wounding seven people in the area. The ministry said in a statement that the fire broke out at a facility owned by the oil pipeline company Transneft at 2 am Moscow time (2300 GMT) and there was no need to evacuate any parts of the city of 400,000 people.

The Russian Investigative Committee said in a separate statement that its head, Alexander Bastrykin, had ordered an investigation into the incident. Ukrainian officials have not yet commented on the fire and its possible cause.

Bryansk is an administrative center 154 kilometers (96 miles) northeast of the Ukrainian border, near the Sumy and Chernihiv regions, and about 380 kilometers (236 miles) from the Russian capital, Moscow.

Moscow describes its actions in Ukraine, now entering its third month, as a special military operation.